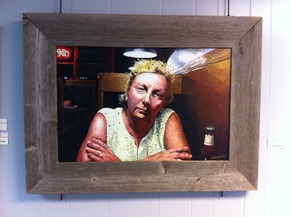 Come out and play tonight! Opening Reception for Ken Thomas from 6-8 pm

Artist reception for Ken Thomas tonight from 6-8 pm at the Parkside Arts Council Gallery, downtown Bellaire (across from Ruthies). Light refreshments and creative conversations.
Ken's show will be on display from May 30 - June 23, 2013. For more information about Ken and his work, check out his website: http://kenpaints.blogspot.com/.

Meet Ken Thomas, a realist painter.   Ken can pinpoint three distinct times in his life where he was being directed to devote himself to his talent, once as a boy, then as a young man and again as a father.  At age 13 while thumbing through an encyclopedia two paintings spoke to him, Edward Hopper’s “Nighthawks” and Salvador Dali’s “Soft Construction with Boiled Beans“.  That’s when Ken said, “I gotta do that.” After high school, Ken pursued an engineering degree but about half way through, Frank Frazetta’s album covers drew his focus back to the art world.  He graduated with a Bachelor of Fine Arts Degree and a minor in illustration from Northern Michigan University.

Life moves on for a young man with a family to support and one day he recognized the talent in one of his daughters.  She had drawn a simple stick figure but she had given it life.  This single moment renewed his love of the realist art form.  From time to time you will see Ken add stick figures to his drawings, always giving them the same life his young daughter had drawn.

For the past ten years Ken has seriously devoted himself to his art.  Entering Frankfort’s Annual All Media Juried Show and taking first place the first year and second place the next two years confirmed others were also interested in his work.  He has also been teaching for the last two summers and would like to start a drawing class.

Ken’s art is now on display now at Parkside Arts Council Gallery in Bellaire.  You will see more of his amazing paintings throughout the year. 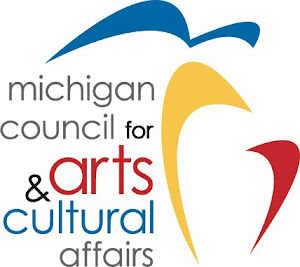 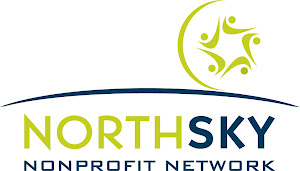